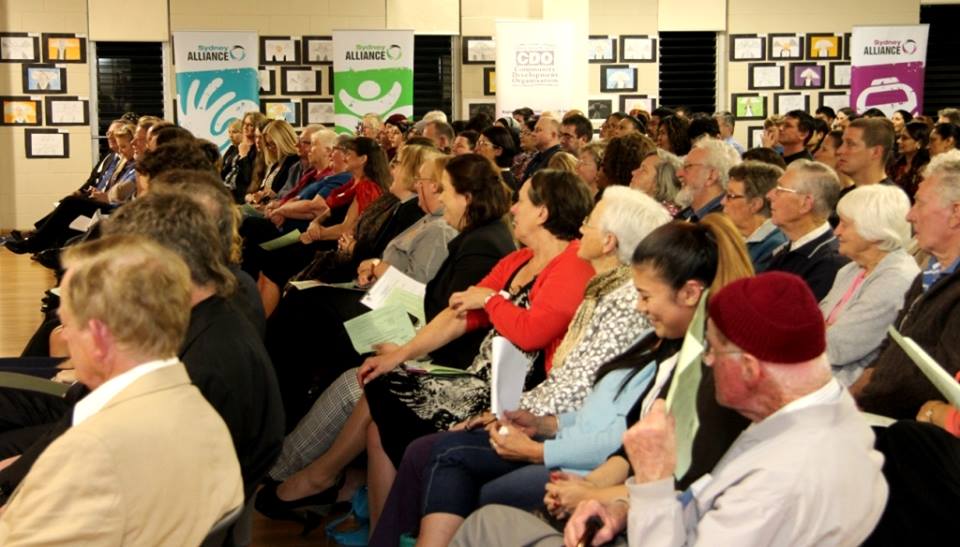 Tonight’s inaugural Northern Sydney Assembly will discuss the need for all tiers of government to work together to tackle the city’s housing affordability crisis.

The Assembly, which is being hosted by the Sydney Alliance, will hear first-hand accounts of how housing costs are affecting people in Northern Sydney.

“Families are spread wide, with many ageing people on the north shore isolated from their loved ones,“ Rev Dr MacFarlane said.

“This matters both emotionally and practically – as older people are removed from the family support of grown-up children who have moved away.”

Rev Dr McFarlane said the cost of housing also had an impact on essential workers such as bus drivers, nurses and police officers.

“These workers are often forced to live a long way from their workplaces on the north shore, and some jobs just can’t be filled due to the demands of commuting on workers," Rev Dr McFarlane said.

“This in turn impacts on the breadth of services available in Northern Sydney.”

“Sydney’s home affordability crisis is very important to people from many different communities and is one factor that is bringing people from diverse backgrounds together at the Northern Assembly” Rabbi Kastel said.

The Northern Sydney Assembly will be held TONIGHT.