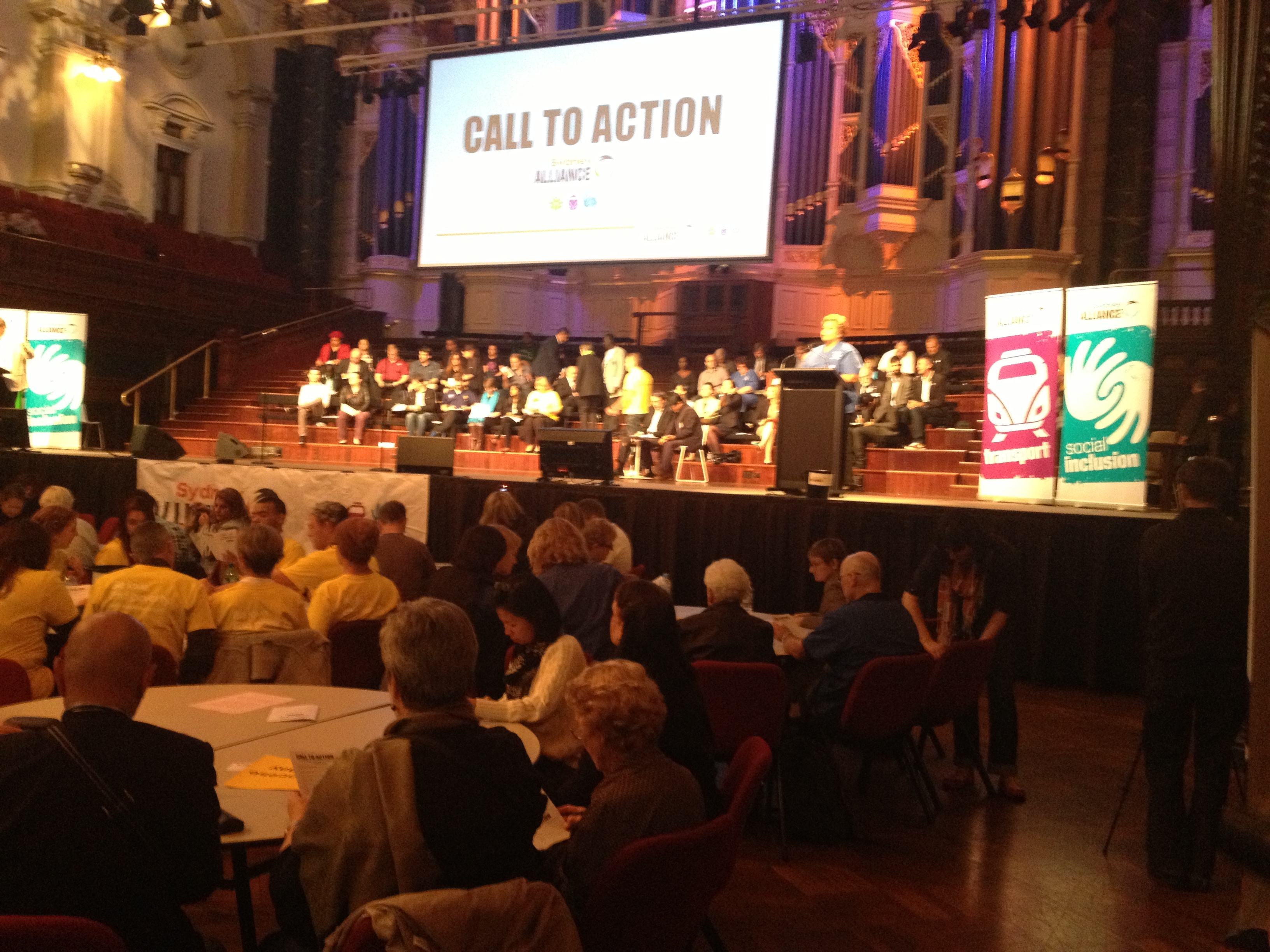 In the lead up, the event was written up in the Sydney Morning Herald (including an opinion piece) and an extensive piece on ABC Radio's World Today.

You can see the video From listening to action that showcases what the Alliance has been doing in the lead up to the Assembly.

The Assembly began with a roll call of organisations, then a showcase of the assemblies and progress we have achieved across the year. We then moved into reports about our Agenda for the Common Good - transport, social inclusion and community support and health.

The Transport team shared its focus on interchange train station safety, and its work on lighting, improving neighourhoods around stations and interchange station staffing. Tony Issa, the Member for Granville, committed to publicly endorsing the Sydney Alliance as a key champion for working with the Granville community to improve station surrounds. They also heard a report from Lord Mayor Clover Moore, who has made significant financial commitments to improving lighting at Redfern Station.

The Social Inclusion team showcased its work on young people. Both its focus on creating good jobs for disadvantaged young people, starting in the Glebe area; and its aim to strengthen the relationship between young people and police. Commissioner of Police Andrew Scipione committed to work with the Sydney Alliance on three objectives:

1. Inviting Sydney Alliance leaders to participate in the Community Awareness of Police Program in 2013

2. To encourage police to participate in the Sydney Alliance's initiative - the Community Hosting Police Partnership Program

3. To work with the police diversity unit to investigate the potential of a receipts system for stop and searches

The Assembly heard moving testimonies from young people who wanted an improved relationship with police.

In the Call to Action at the end, 450 people signed up to become more involved in the work of the Sydney Alliance's districts and campaigns.