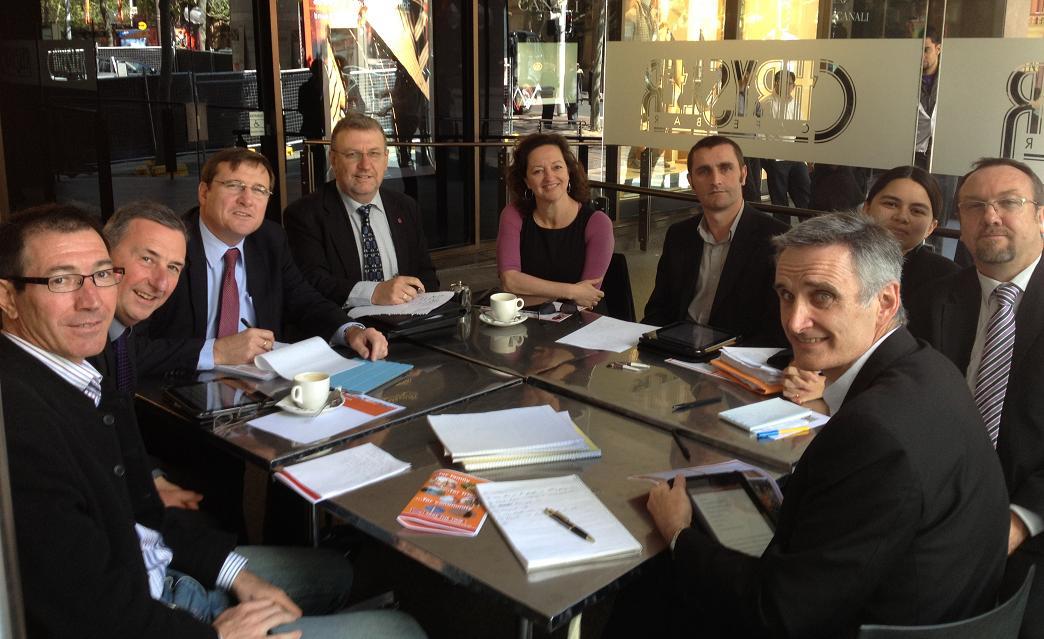 The Sydney Alliance today joined with the Take the Time Coalition in successfully convincing the O’Farrell Government to withdraw legislation that would have led to more Sydneysiders having to work on the Boxing Day public holiday.

“Church, union and community group partners of the Alliance have strongly expressed the need for Sydney families to hold on to their precious work-life balance, and the decision to withdraw this legislation was the right one.”

“Well before the O'Farrell Government announced it would withdraw the Retail Trading Amendment Bill 2012, a Government Minister called the Sydney Alliance to signal the Government’s intentions.

“The Sydney Alliance would like to thank the O'Farrell Government for listening and responding to the broad coalition of churches, unions and community organisations working with the Take the Time campaign over the last 18 months,” said Ms Tattersall.

From 11am supporters of the Take the Time campaign packed the Lyceum Theatre at Wesley Mission for a work-life balance forum, at which retail workers, leaders from major churches and community organisations came together to encourage the Hon Rev Fred Nile MLC to publicly commit to opposing further deregulation of trading hours. Many retail workers shared moving personal stories about being compelled to work on public holidays.

Rev. Nile received a standing ovation from more than 200 people packed into the room when he committed to opposing the Retail Trading Amendment Bill 2012 and any future legislation.

“Our heartfelt thanks goes to Rev. Nile for his decision to back Sydney families,” said Ms Tattersall.

“Congratulations are also in order to the Shop Distributive and Allied Employees’ Association of NSW and other members of the Take the Time Coalition. The Sydney Alliance was proud to stand with you for the common good.”