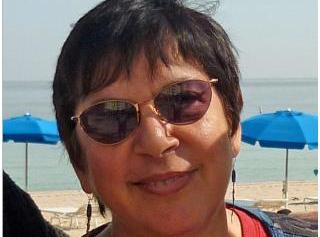 Elizabeth Ban, Sydney Alliance leader within the NSW Jewish Board of Deputies has passed away. Here is recorded some of her story of survival, passion and social justice.

Right up until her last weeks, Elizabeth was a strong supporter and leader in the Sydney Alliance. Most recently, she was the main driver behind the Alliance’s partnership with the NSW Jewish Board of Deputies to change the conversation about asylum seekers in the Jewish community. Elizabeth had reflected a lot on her own experiences as a refugee from Hungary and was determined that they should motivate her to build empathy with refugees and asylum seekers today. She brought out the passion in others, and building and working with a core team of Jewish leaders to host an event with 60 community members at the Jewish Museum in April this year. At the event she stood side by side with young asylum seekers from Sri Lanka and Afghanistan and told her own story of seeking refuge, and of the struggle of statelessness. Elizabeth’s dream was that her own community embrace the call of Exodus 22:21:

”You must neither wrong nor oppress a foreigner living among you, for you yourselves were foreigners in the land of Egypt.”

Work is continuing in this area, and will be part of Elizabeth’s legacy.

Elizabeth was passionate about sharing her stories. We have reprinted two of her stories here. The first gives some context of her experience, her story written for one of the many organisations she was committed to - ‘Courage to Care’. The second is her story shared at one of Sydney Alliance’s evenings on changing the conversation on the issue of asylum seekers and refugees.

Dad survived because he was a medical doctor, and when he fell ill with the typhus that killed most of his fellow slave labourers, a German doctor gave him antibiotics as a professional curtesy. When he returned home to Budapest in 1943, after walking some 400km from Kiev to Budapest through the frigid Russian winter, my parents thought the war was over and time to expand the family. Little did they know the worst was yet to come.

But, they didn’t know and my twin sister Esther and I were born on July 1 1944, the day before the worst allied saturation bombing of the whole war. The hospital received a direct hit. Esther died, I survived. By this time Jews were sent to the ghetto, but my parents went into hiding. My 11 year old brother was in a convent, my father was working with the Swedish Red Cross (see the Wallenberg exhibit), and my mother was roaming the streets with false papers that said she was a country girl with an illegitimate baby - me.

As Mom told it, she never stood still, she was always checking on various members of the family, who were eventually caught and killed, or sent to Auschwitz, or repeatedly got caught up in waves of arrests. Wherever she went, the bombs were falling and somehow the fear and horror of those days were transmitted to me and from the age of 5 until I was 17 I had the most awful nightmares about bombs falling.

After the war, the Hitler nightmare was replaced by the Stalinist terror and Communism. My father, whose heart was never the same after that long Russian winter, died in June 1956 a few months before the outbreak of the Hungarian revolution. My brother had a machine gun, but he wasn’t there to protect me when my cousin and I got caught in a cross-fire. He left the country in November 1956, my mother and I escaped in a leaking fishing boat in December.

After several months in various refugee camps, we ended up in London where I grew up. I went to the US in 1967 and came to Australia in 1991. My nightmares, I found out later, were rooted in whatever happened during my first year of life. (They say children even younger than I have subconscious memories of war and terror) The post-traumatic stress syndrome was reinforced by growing up in Stalinist Hungary, the Revolution and the refugee experience.

Looking back, it is no wonder that my poem poses such a heavy question. The good news is, that I believe I have answered it, and have found my place in the world.

My concern now is that today there are millions of children who go through the same turmoil as child survivors of the Holocaust, with no possibility of ever leading a normal life. That is why this exhibition is so important to me.

Without people with the Courage to Care - like the doctor who gave antibiotics to my father, or Csicso, the nanny who carried my two year old cousin on her back after her parents and sister had already been killed, or the official who knew that my mother’s papers were false, but let her go, or the many others whose small actions have been gratefully recorded by my family – I would not be here today.

More importantly, we still need people with the 'courage to care', wherever there is racism, discrimination, and injustice. Their example tells us that there is hope for us all to one day live together in mutual respect and harmony.

Elizabeth’s story shared at Sydney Alliance ‘Changing the Conversations’ evening convened with the NSW Jewish Board of Deputies.

Before I share my story, I’d like us to do a little exercise. Can you please close your eyes? Now, imagine you are in San Francisco airport. You’ve just spent a few days with friends and you are ready to continue your 6-week holiday on the East Coast. At the security gate an enormous, armed, unfriendly and dangerous looking female guard barks at you for your ID. You reach for your passport. It’s not there. The guard is breathing down your neck. What do you do? What are your options? And now, I’d like you to hold that thought and open your eyes.

This is exactly what happened to me in 2004 when I went for a holiday to the US. I have dual US/AU citizenship, so I usually travel with two passports. When the guard barked for my ID, I discovered that I’d lost both.

Now, I believe that those of you who know me think of me as a strong, forthright woman who doesn’t suffer fools. So did I. Well, to my shock and horror, within one second of realising I’d lost my passports, and faced by the fierce guard, I became a fearful, shaking, brainless jelly. I was transported back to the insecurity of being a stateless person, which I was for 16 years, from the age of 12 to 28.

It all started in October 1956 in Budapest, when I went to celebrate my cousin’s birthday on the other side of town. The next day the Revolution erupted and I couldn’t go home for over a week. When I did, it looked like the revolution was successful, but within a few days the Russians invaded Hungary and by the end of November it was pretty much over. My brother left on 23rd November and my recently widowed mother organised for us to leave. We were to be taken, with my uncle and his family, by some fishermen across the lake that separates Hungary and Austria.

After a full day of evading Russian soldiers, walking through a minefield and other dangers, we finally got to the lake around midnight. There were 9 of us: 3 adults and 4 children between 10-14 years of age, plus the two people smugglers. The ‘boat’ was a tiny, open, flat-bottomed fishing boat, slightly longer than a simple Australian dinghy. The men inspected the boat and said we could not go on. The Russians had put a bullet hole in every boat on shore to stop people from leaving. It was not safe.

It seemed we had no choice.  I remember my mother hanging her head for a minute, and then her strong voice as she told the smugglers to continue. They have been paid half the fee; they have to take us across.  I now think about that moment as her making a conscious risk assessment for our future.  It had to be better than surviving the Holocaust, the post-war Stalinist dictatorship, the Revolutionary war, and the anti-Semitism that was our life in Hungary.

Yes, the boat did leak, and it got wedged in thick ice on the Austrian side, which is what I think saved our lives. In the morning the Austrian fishermen came looking for escapees. They cut a road in the ice, took the children into their boats and made sure the adults followed safely.

After some three months and two refugee camps we landed in England and three weeks after that in London. London became our home and safety. We were looking forward to becoming citizens and make our stay permanent. This was not to be. In 1962 the British government refused Mom citizenship. That was the final blow for her. She went into a deep depression that changed all our lives forever.  We didn’t know if we could appeal and I have not been able to find out why to this day.  Eventually, I became a US citizen in 1972.

So, this may explain why, in 2004, when I realised that I’d lost both my passports, I felt like the floor was swept from under me. The sudden fear of not belonging, of being a non-person again, with no rights, was overwhelming and remembering the shock of it still surprises me.

Remember I asked you ‘to hold that thought’ at the end of our opening exercise? Perhaps now you could take a moment to reflect on how you thought YOU would deal with such a situation.

Elizabeth is survived by her son Tunde, his wife Zabrina and their children. Elizabeth’s story will be collated and kept for future generations at the Sydney Jewish Museum.