Fed up with politics? Join the club! 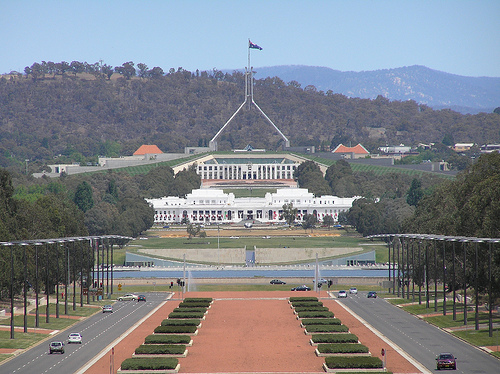 So what happens next?

Ordinary voters are sick to the bones of self-indulgent “insider” Canberra battles and scripted lines that sell a sub-text that we, the voting population, are idiots.

Most people are so sick of the smug debates and political banter that they cringe at the idea of a glance at Q&A. They turn off ABC's 730. Many didn’t even know there was a spill on. The Canberra bubble has been accumulating more and more barnacles over the years. Political parties have mistaken opinion polling for genuine dialogue with voters.

This week’s conversation about “listening to backbenchers” played well in the party room, but the backbenchers should count themselves lucky. At least the spill gave them a voice. Meanwhile, ordinary people continue to be ignored.

If you want to change politics, don't make the mistake of thinking that it lies with any of the political parties. The parties are constrained and only able to act based on the political capital they are bestowed from the electorate.

The answer requires much more hard work than electing someone new. Changing politics requires a “roots and branch” overhaul of how people engage with politics. Grassroots power emerges from the slow gentle work of building community leaders, new community relationships and connections, and local-driven solutions to problems in our communities.

We have seen “civic power” make a slow but significant difference overseas. In the UK, Citizens UK (a sister organisation to the Sydney Alliance) staged a “citizens intervention” into the 2010 election. All the candidates for prime minister – Cameron, Clegg and Brown –  were asked to make commitments to a citizens’ agenda for the country that had been assembled from thousands of small group conversations. The result was that all candidates committed to removing children from detention centres, building  affordable housing complex on the Olympic site, and other constructive community solutions for the country.

Citizens can do this here too. We can shape politics.

Citizens are on the move. It will only be time until we can collectively intervene into federal politics and start to hold our federal politicians to account.

We the people can make politics better. It can start with you, and with the people that you know. If you are angry that our politicians are cruel to refugees – talk to others in your church. If you are frustrated that school funding is low and needs to change, talk to other parents and teachers at your local school. There is a common sense narrative peddled by politicians and the media that people can’t do much. Those in power would prefer us to whinge rather than organise for change.

The real lesson out of the spill is that if we want better government we need to have a better organised civil society. Only then might we get the political leadership that we deserve.

That’s how we get our democracy back – it starts with hundreds of thousands of one-to-one conversations. When we share where we have come from, and our aspirations, then we make change. That is the road to a civilised society.