How Alliances to stop climate change are possible, but require a radical rethinking of how we work together 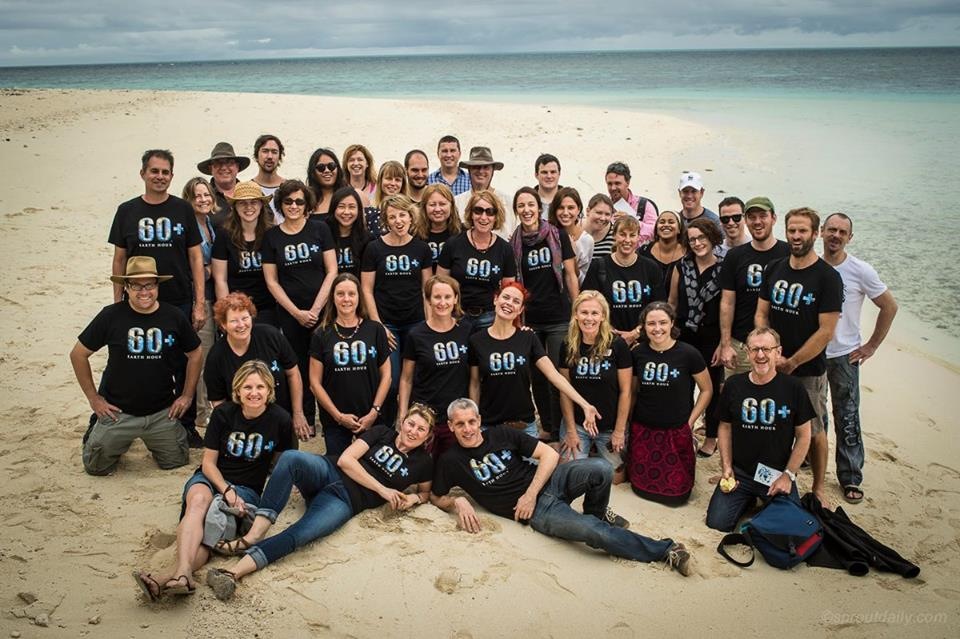 Last weekend I had the honour of attending the first “Camp Earth Hour.” Earth Hour is re-imagining itself as a space for awareness-raising about climate change issues beyond the hour of “lights out”.

I went along to help a team of 50 committed Earth Hour campaigners think about how to connect with others in their community.

I don’t identify as a climate change campaigner, nor as an environmentalist.  However, I care deeply about the threat of climate change and what it means to our planet and how we live and thrive together.

As Anna Rose from WWF would say, I am a “climate supporter”.

And to be fair, I have been quite active in my passive support of the climate movement.  As the founding director of the Sydney Alliance, I have actively sought and encouraged the involvement of the Climate Change network in broad-based community organising.  I am in active conversation with organisations like Greenpeace about what community organising means for the environment movement.  I mentor several climate campaigners.  I care.  But – I am not like many of you!

People like me pose a challenge to the climate movement as it is currently conceived.  How do “you” connect and build campaigns with people like me?

I want to use a concept from community organising to help understand this dilemma.

Community organising is a way of working in public life that prioritises developing leaders and working to strengthen civil society organisations as the way to build community power and social change.

The universals of community organising guide the work of the Sydney Alliance, and our sister coalitions that operate in 60 cities in 5 different countries around the world.

When I use the term community organising – I mean something very specific. It’s a term that is often used, but not often well understood.

A key concept in community organising is “self-interest.”

“Self-interest” is a frequently used phrase, and like “community organising”, it is an often misunderstood term.

When community organisers use the term self-interest we contrast it to “selfish” and “selfless”.  The word self-interest derives from the Latin word inter-esse which means “to be among”.  The idea of a person’s self-interest is not simply about “getting rich”, but rather is a broad concept that speaks to the passions, interests, hobbies and legacy we want to have in our lives as we live and work in relationships with those who we love, and the natural environment that allows us to thrive.

Community organisers argue that to build power for the common good, you need to explore people’s self-interest – and then structure campaigns based on the intersection of mutual self-interest.

This ingredient – seeing community action and coalitions built on the foundations of self-interest – is something that the climate movement could do better.

So often the movements around climate are fragmented and isolated, fighting separate campaigns and engaging different interests.  For instance, a reactive campaign to save a place like Bentley or the reef; or around an issue like targets; or a campaign run by a specific organisation like WWF or Greenpeace.

But with my "outsider" eyes on, I don’t often see climate campaigns that cleverly and tenderly build an agenda about the intersecting interests of multiple constituencies.

Let me give you an example of what I mean.

In Seattle, the Sydney Alliance’s sister organisation – the Sound Alliance has initiated a massive climate-friendly “home retro-fit” program called “Sustainable Works.” The idea came out of a listening campaign run by the Alliance. In their listening process they heard from Catholic Church parishioners that they would like to work on climate change as they had just spent a year studying the ecology of theology.

Protestant parishioners had a different concern, they wanted to do something about youth at risk in the community, as they were nervous young people might be enticed into gangs.  And the blue collar unions in the Alliance were passionate about something else.  Their top issue – when they were asked “what worries you, what keeps you up at night in your community” – was that they wanted to expand apprenticeships program to keep their industry high-skilled for the next generation.

So instead of running three different campaigns, the Sound Alliance mixed together these different interests and campaigned for the creation of a $14 million program called Sustainable Works that retro-fitted houses, and provided apprenticeships in construction including providing job opportunities for “at-risk” young people.  Three separate but related interests became one campaign based on mutual interest.

This kind of magical re-weaving of interests would be useful for Australia’s climate movement.

But to do it requires thinking about building power in different ways.  This kind of work is slow.  It takes time for people to invest in building relationships for the long haul, and explore together what they care about to then use those interests to create a new agenda together.

But the promise is great.  Imagine a campaign for rethinking our energy system that connected unions who are worried about the privatisation of polls and wires, social service agencies worried about increasing electricity prices, and climate campaigners interested in renewal energy.  Imagine from that kind of foundation the kinds of new conversations we could have about the things that also divide us, like coal.

Instead of focusing on what we disagree on, by building relationships and then campaigns over what we agree on, new possibilities for the tricky issues may emerge.

For instance, only a month ago, I organised a meeting between David Ritter from Greenpeace and Alex Claasens from the Rail Tram and Bus Union, who is a member of the Sydney Alliance.  They talked about the coal trains, and to their surprise they found common ground.  They identified that they had a shared interest in putting covers over the top of the coal carts. Now, of course I am not trying to paper over the massive divide between environmentalists and many unions, particularly the Mining union, over coal.  But the only way to eventually work together is to get to know each other well – and finding common ground can be a great way to start.

Community organising provides a wealth of knowledge and new perspectives that the climate movement might find welcome.  Usefully, in Sydney and in Brisbane there are Alliances that teach and practice community organising.  We run 2 and 6 day trainings, and the Climate Action Network Australia is a partner organisation of the Sydney Alliance.

I want to stop climate change, but it is not the only urgent political issue I, or we, face.  I work with young people in Sydney’s housing commission communities and with refugee communities who struggle with crippling housing, health and employment issues that are a matter of life and death as well.

We can walk and chew gum at the same time.  We can link the struggle to save the planet with many of the pressing issues we face as a community. But to do this requires a revolution in thinking about how to build power, and how to work together.