A commitment to Inclusionary Zoning must be part of the solution to Sydney’s affordable housing crisis, but political leadership is needed to make it a reality - according to the Sydney Alliance. 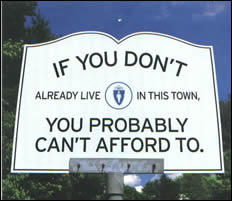 Sydney Alliance housing spokesperson Charles Rich today said Inclusionary Zoning – where land developers are required to provide a quantity of affordable housing dwellings as a condition of their development consent – had already been used successfully in Pyrmont/Ultimo and Green Square.

“Sydney’s booming housing market is a generating enormous wealth for some people and some organisations, but many more are being left behind,” Mr Rich said.

“As a community we should expect that some of the enormous profits being made out of the housing boom are redirected into affordable and social housing.

“Inclusionary Zoning ensures that the benefits of government decisions and investments in public infrastructure are shared by the broader community – not just by private interests.

“In effect, the booming real estate values that are the cause of the current housing crisis can be used as part of the solution.

“Sydney Alliance has been consistently calling for a renewed focus on inclusionary zoning for the past 18 months.

“We also want to see set targets for increasing the supply of social and affordable housing in NSW and the introduction of a shared equity home ownership scheme.”

“Without policy leadership from the top, working people will be pushed further out, and living in the city will become an unattainable pipedream for an entire generation,” Mr Lennon said.

Chair of the Sydney Alliance, Fr Peter Smith, said the Victorian Government has committed to a trial of Inclusionary Zoning on publicly owned land that is sold for development.

“The Bays Precinct redevelopment provides a wonderful opportunity for the NSW Government to apply Inclusionary Zoning principles, and to leverage private investment for the public good,” Fr Smith said.

“Similarly, the State Government needs to work with local councils to ensure that rezonings for urban infill developments have a suitable affordable housing component.

“It’s great to see the business community picking up in this idea through the Committee for Sydney, and we hope to see some genuine progress soon from the Baird State Government.”