Leading from the South 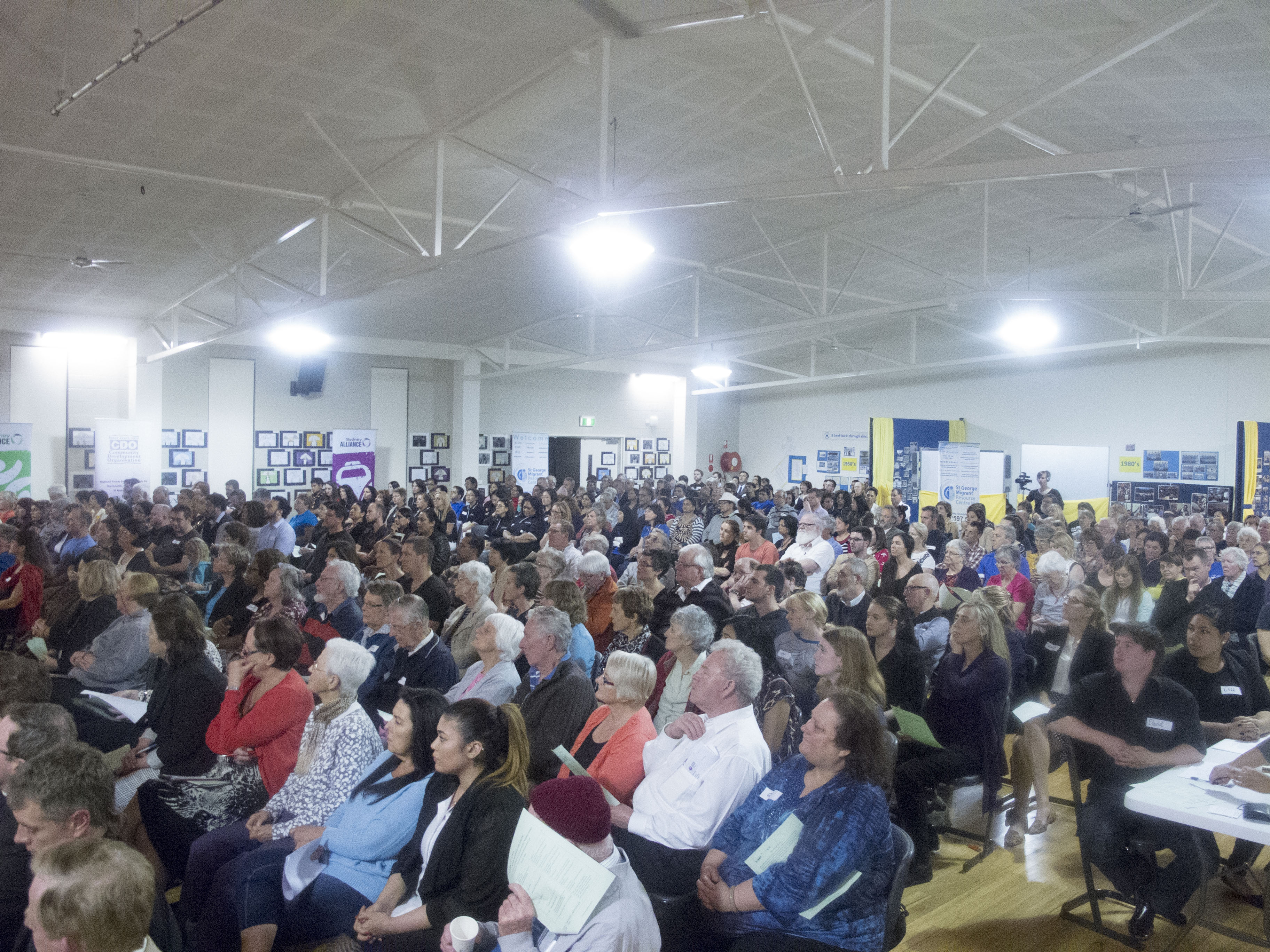 Affordable housing, homelessness and cheaper fares to Sydney Airport were among the key issues discussed at the inaugural “Leading from the South” Sutherland-St George Assembly in Gymea last night.

Around 350 people packed into the St Catherine Laboure School hall – including NSW Minister for Transport Gladys Berejiklian, local MPs and candidates in the March 2014 state election.
Sydney Alliance spokesperson Asha Ramzan, Executive Officer of the Inner South-West Community Development Organisation, said local residents from a broad coalition of religious groups, community organisations, trade unions and schools across Sutherland and St George were in attendance.
“The Assembly was all about forging a positive agenda for the future - based on the common good, not vested interests,” Ms Ramzan said.
“It was about the community taking a stand and showing that political leadership doesn’t just come from politicians.
“And most importantly, it was about finding local solutions for local issues.”
Minister for Transport Gladys Berejiklian was asked to respond to two key issues identified by the local community – a timeline for the delivery of train station accessibility upgrades, and reducing the cost of train fares to Sydney Airport for people who work in the airport precinct.
The assembly also heard about the need for action to tackle Sydney’s housing affordability crisis – and potential solutions such as a shared equity housing scheme.
Liberal Party parliamentarians Mark Speakman and Lee Evans committed to inviting Community Services Minister Gabrielle Upton  to the Northern Sydney Assembly on 30 October, and to inviting Premier Mike Baird to an assembly 100 days after the state election should the Liberals retain government.
Labor parliamentarian Barry Collier and candidates Maryanne Stuart and Obray Smith committed to taking Sydney Alliance’s housing policy solutions to Labor Leader John Robertson, and to inviting Mr Robertson to an assembly 100 days after the state election should Labor win government.
Ms Ramzan said the assembly showed that the  local community is not powerless.
“The State Government’s recent decision to install lifts at Arncliffe Station is a perfect example of how local communities can demand action form their political leaders.
“We can achieve positive change when we work together, and when we hold our political leaders accountable for their promises and their decisions.”
Facebook
Twitter
Email
Do you like this post?
Tweet