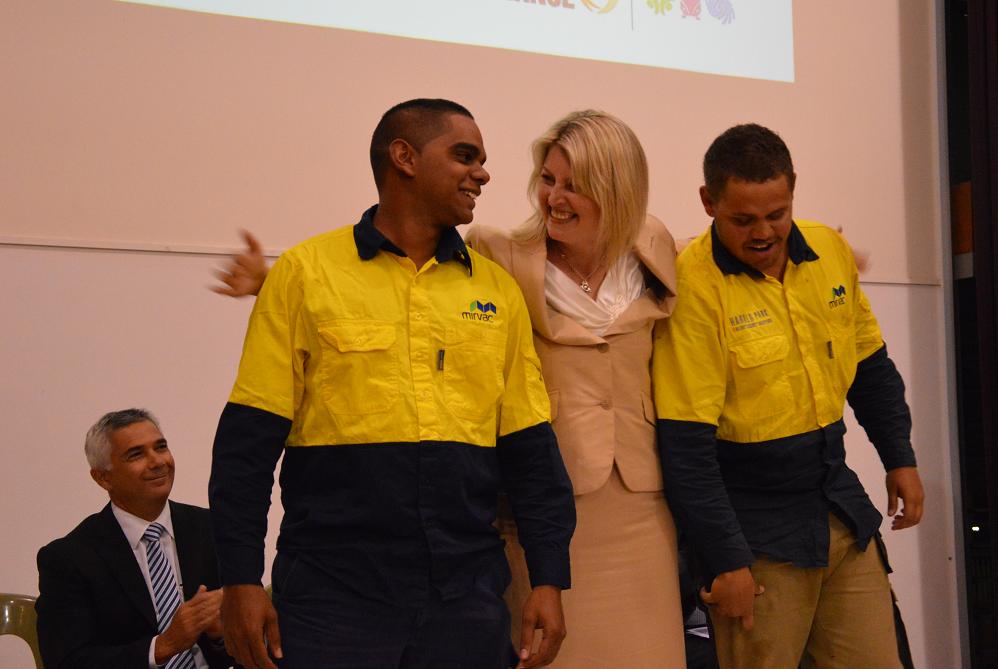 “This was an opportunity for Mirvac to publicly commit to the local community,” said Amanda Tattersall, Coalition Director of the Sydney Alliance.

“Mirvac has agreed to support two to four extra apprenticeships this year on top of two existing positions. They have also agreed to work with subcontractors to try and fund more apprenticeships.”

“We’ve seen so much progress already in Glebe, with two local Aboriginal apprentices working on site at the Harold Park Estate development.

“This is a chance for Mirvac to step up and continue to be a part of local change.”

The Alliance’s ‘Working Start’ program gives young people the opportunity to access apprenticeships and training programs in the local area.

Lord Mayor of Sydney Clover Moore and Minister for Aboriginal Affairs and Youth Victor Dominello were also invited to the Assembly, however neither was able attend.

Alliance members were disappointed that Lord Mayor Moore had pulled out at the last minute. In response, over 300 letters were signed by Alliance members and have been sent to the Lord Mayor asking for her to meet with the Glebe district team.

They will push for City of Sydney Council to offer more apprenticeships to disadvantaged young people in the area.

The Assembly also heard from each of the ten Sydney Alliance local districts and their plans for local change. Those present had the chance to speak with local district leaders and to get involved with the campaigns in their area.