No place for bigotry in modern Australia 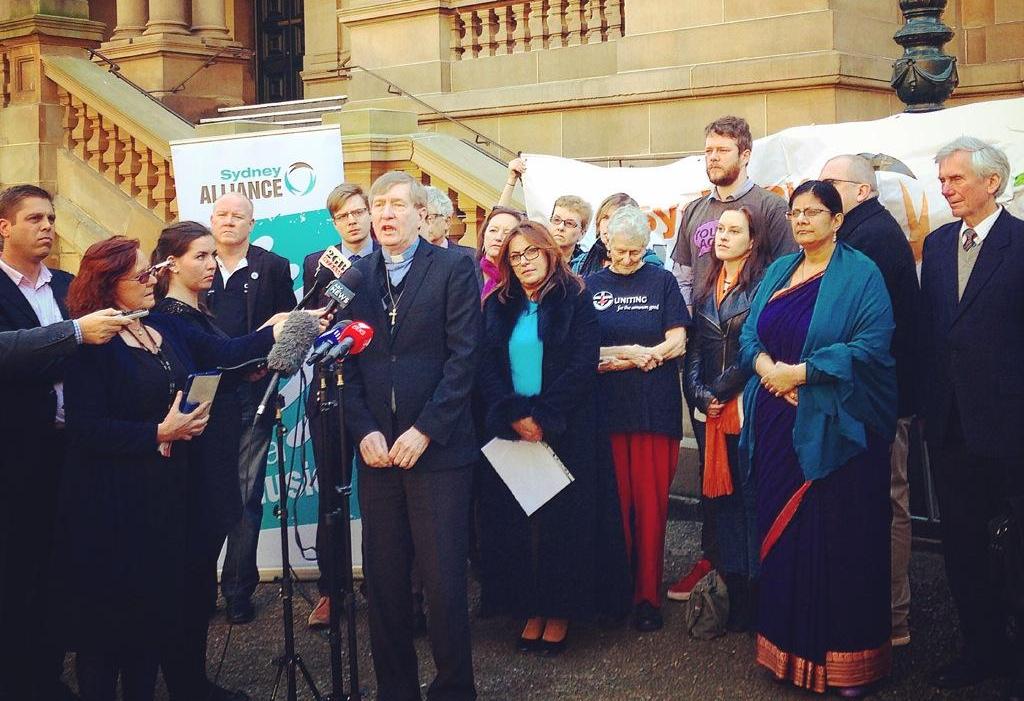 A concerted campaign by civil society groups to save legal protections against racial discrimination has been successful.

Sydney Alliance Coalition Director Amanda Tattersall said ethnic organisations, church groups and unions had rallied together to ensure people from all backgrounds can feel safe and welcome in Australia.

“The Federal Government’s plan to repeal of Section 18C of the Racial Discrimination Act came as a surprise to many Australians, and challenged the very notion of our country as a fair, open and tolerant society,” Dr Tattersall said.

“Civil society groups responded to the plan by uniting across cultural, ethnic and geographical lines to pursue a common just cause.

“Collectively, we made it crystal clear that there was no place for bigotry in modern Australia.

“The Prime Minister is to be congratulated for listening to the concerns of civil society and for having the courage to change course.”

The CEO of Arab Council Australia and founding Chair of the Sydney Alliance Ms Randa Kattan said the proposed changes to the Racial Discrimination Act would have validated and encouraged offensive and racist behavior.

“It is gratifying that our voices have now been heard,” Ms Kattan said.

“No real case was ever made to justify repealing section 18C or weakening the Act overall.”

“I am convinced that this battle was won by the strength and breadth of community support we pulled together in a very short time.”

Dr Tattersall said the strong relationships between civil society groups was integral to the campaign in support of the Racial Discrimination Act.

“By joining forces to oppose racial discrimination in all its forms, civil society has made a strong and important statement about what it means to be an Australian.”