Premier Mike Baird will today be asked to put some meat on his plans for affordable housing. 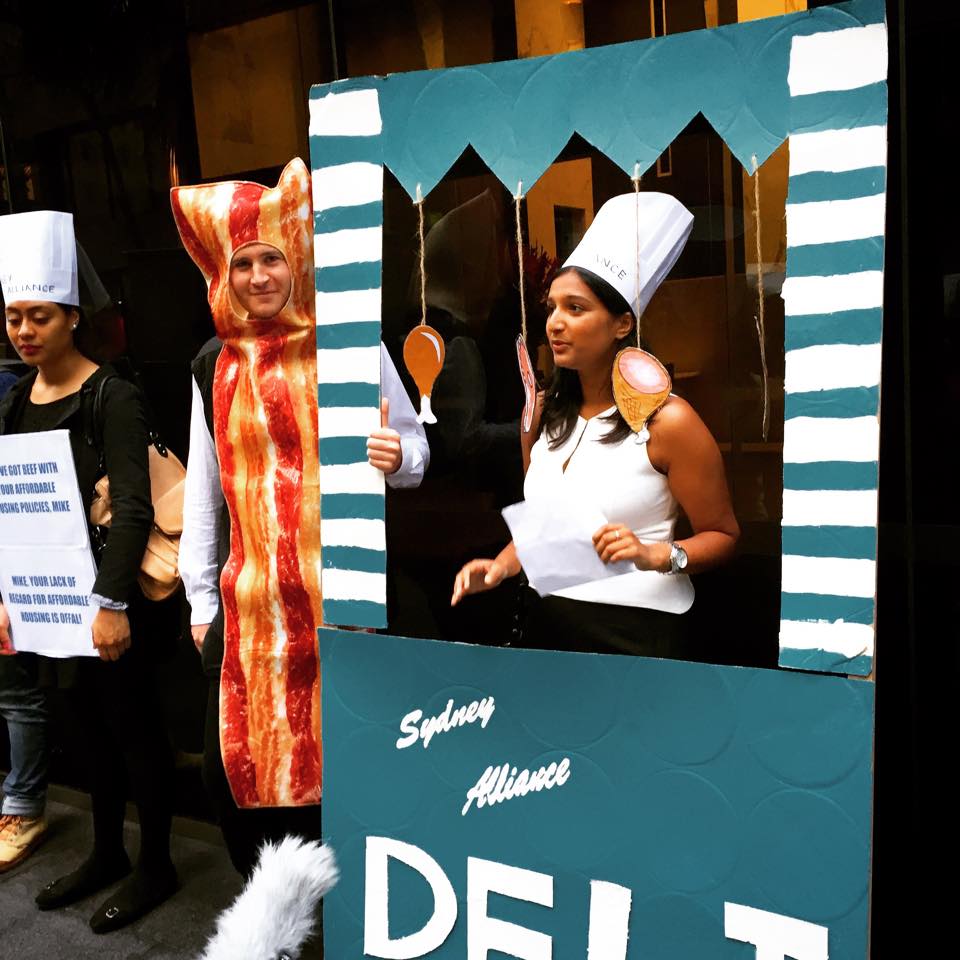 A group of young Sydney Alliance members will be setting up a pop-up deli in Martin Place to highlight the lack of detail in the State Government’s social housing policy.

Sydney Alliance spokesperson Rad Sappany said city workers would be asked to show their support for affordable housing by taking a selfie with a walking, talking rasher of bacon.

“The State Government has announced a fund to invest in affordable and social housing, and claimed that it could inject up to $1 billion into the sector.

“But there are no details as to how much public money will be involved, how it will be spent, or even a timeline.

“We all want to see new ways to invest in affordable housing, but we also want to know that this announcement is more than just smoke and mirrors.”

Ms Sappany said that NSW needs a real housing affordability plan with targets and a timeline, as well as money invested in it.

“Now that we've finally managed to put housing on the agenda, we need to keep the conversation going so that it stays on the agenda - because so far no party has announced a comprehensive solution.

“Mike, don't be the wurst with affordable housing!  It’s time to bring home the bacon with a real plan that can make a genuine difference to people’s lives.”