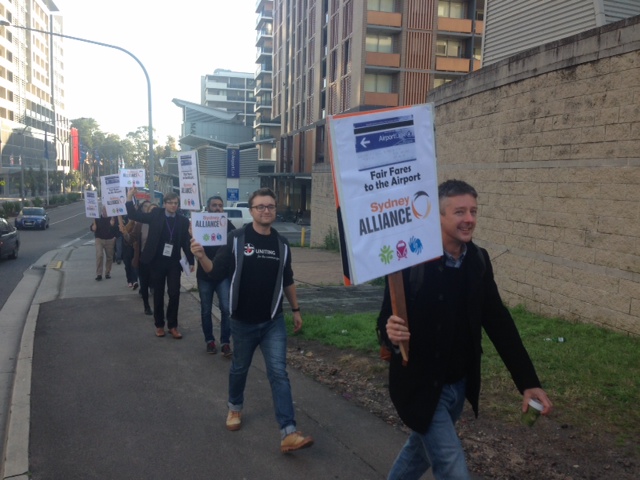 The Sydney Alliance has promised to keep fighting for cheaper train fares to Sydney Airport after the NSW Government rejected an Upper House recommendation to reduce the cost of the controversial ‘station access fee’ at the airport stations.

Sydney Alliance spokesperson Laurence Troy said the decision to keep the status quo would leave some of the city’s lowest-paid workers coughing up over $1,000 in station access fees - on top the normal cost of train fares -  a year just to catch a train to work.

“The airport train line should be the jewel in the crown on Sydney’s public transport network, but instead it is an expensive and under-used white elephant," Dr Troy said.

“Only 12 per cent of workers at the airport travel by train, and the main reason they avoid public transport in the cost.

“With an estimated 28,000 people working in the airport precinct, there is a large potential market for train travel if it is priced appropriately.

“For example, we have estimated that doubling the number of airport precinct workers using the airport stations would result in a net gain to the State Government of almost $1 million a year through increased ticket sales."

The Sydney Alliance has been running an on-line petition calling for the State Government to remove the station access fee at Sydney Airport.  The petition is available at www.sydneyalliance.org.au/airportfee