Taking Our Transport Agenda to the Top 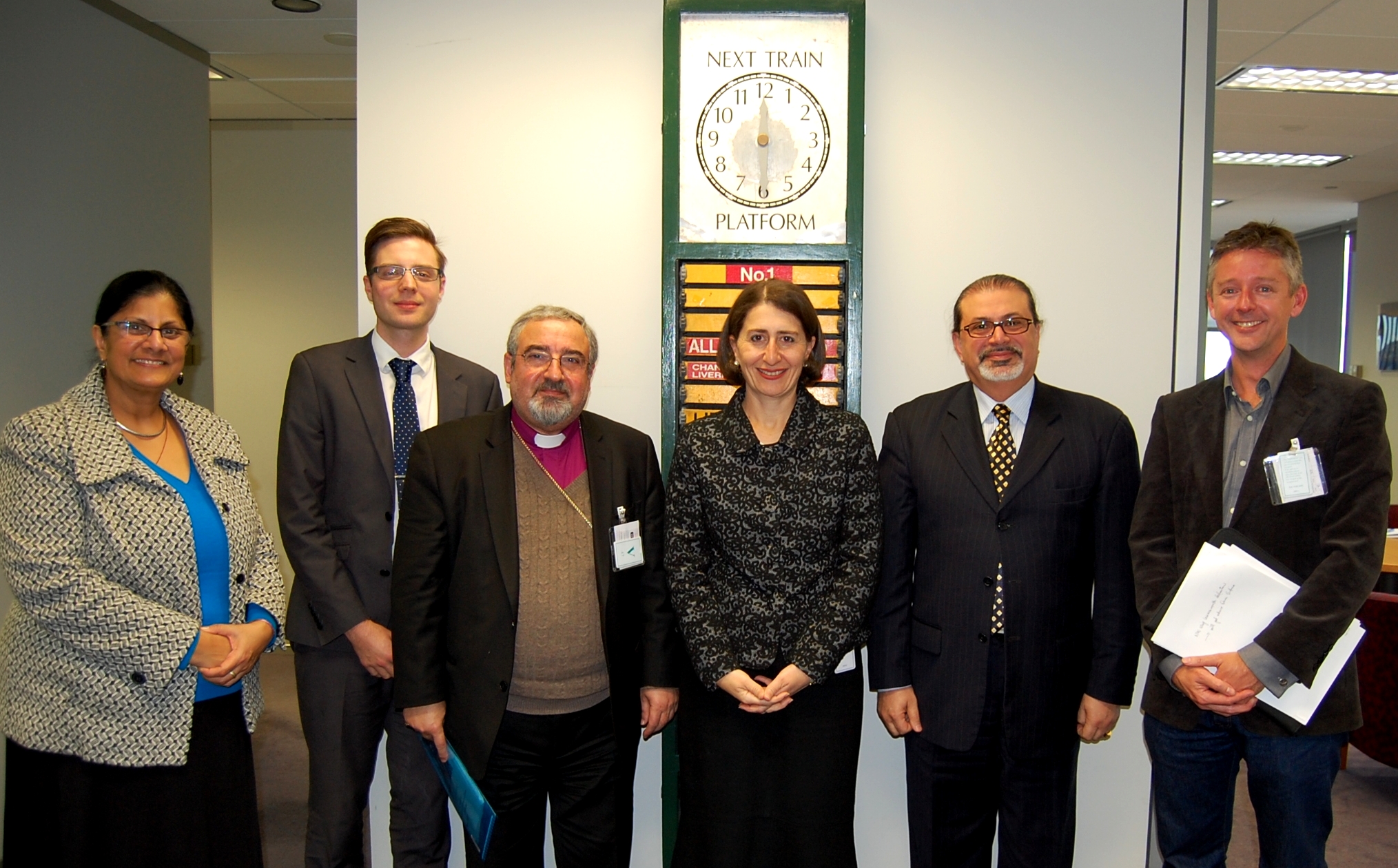 Better access to train stations, cheaper fares to Sydney Airport, more park and ride places and concession fares for asylum seekers were all on the agenda.

The delegation included David Barrow from Sydney Alliance, Associate Professor Kurt Iveson from the University of Sydney Asha Ramzan from the Inner South West Community Development Organisation, Fadi Nemme from the Arab Council of Australia, and His Grace Bishop Haigazon Najarian, Primate of the Diocese of the Armenian Church of Australia and New Zealand.

David Barrow said it was a good, constructive meeting, and the Minister was candid and frank in her feedback.

"Most importantly, the Minister noted the success of the local community in advocating in lifts at Arncliffe Station, and encouraged Sydney Alliance to keep working at the local level to give people a voice," David said.

"Every dollar counts in the transport budget, and no Government has access to a bottomless piggy bank.

"That’s why it's so important to make our case for better transport publicly, and to demonstrate the deep community support for our transport agenda."

There are three things you can do to help push the case for better transport in Sydney:

Firstly, sign the petition for cheaper fares to Sydney Airport;

Secondly, participate in local MP visits to lobby for better transport; and

Thirdly, come along to a Sydney Alliance District Assembly in your area - the first will be the Sutherland -St George Assembly on September 24th in Gymea.

You can signal your interest in participating in an MP visit on the petition page.