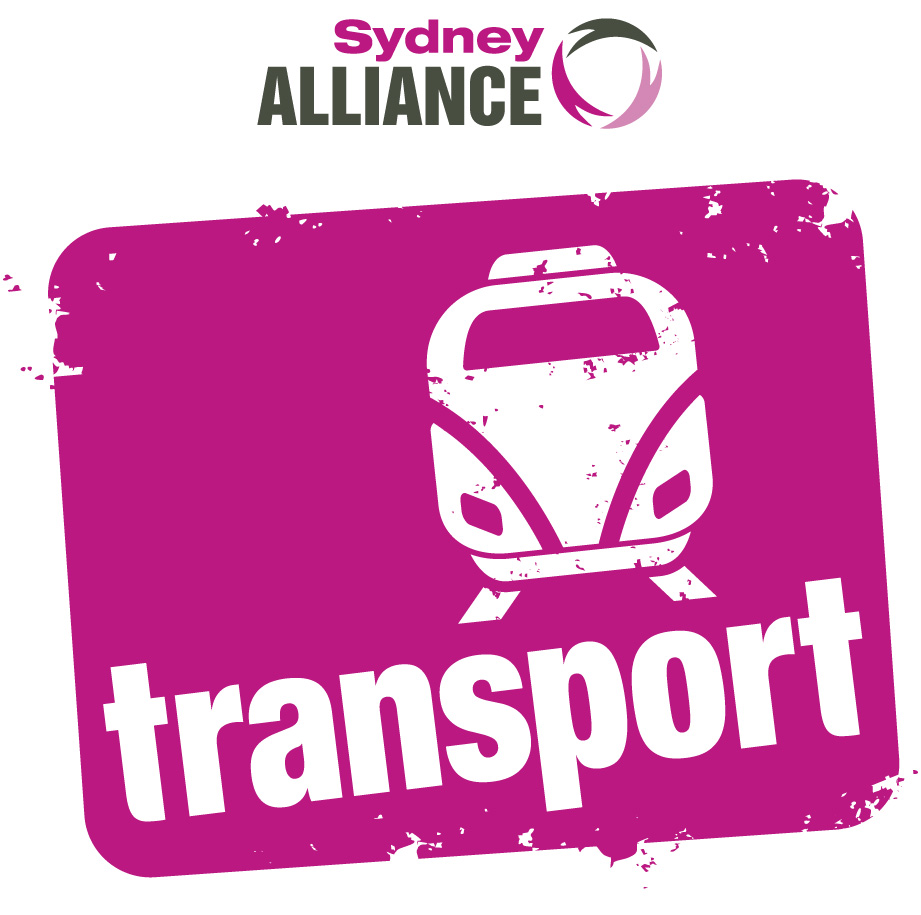 Transport enables everything we do: work, education, worship, recreation, and much more besides. That’s why the Sydney Alliance believes that Sydney needs an integrated public transport network that provides a genuine alternative to the car for all sorts of trips within the city – no matter where you live, no matter who you are.

Since 2011, the Sydney Alliance Transport Research Action team has been researching the nature of our public transport problems, and identifying potential solutions.

Our vision is for Sydney to have a world-class public transport system that is regular, reliable, clean, safe and easy to use for the people of Sydney regardless of health, wealth, age & mobility. It is planned, integrated and connected to where people live, work and play.

To realise this vision in the long term, we have developed a formula that sets out the minimum standards for a fair and efficient public transport network in Sydney. That formula is 400:15:1 SCA2

We have mapped the existing network, and shown its limitations. Now, it’s time to take action.

Public Transport and the 2015 NSW Election

Fixing public transport sometimes seems too hard. At every election, parties make promises about major multi-billion dollar projects that will be completed years into the future. We need to make this election different.

Improving the transport network is not just about big infrastructure projects. We can make significant improvements to public transport right now so that it better meets the travel needs of people across Sydney.

For our 2015 election campaign, we have identified three transport solutions that could be delivered sooner rather than later. Combined, they would make a huge difference to the lives of millions of people.

Our solutions are about making better use of the infrastructure that we’ve already got. They’re affordable and achievable, because they build on the foundations we have in place to make public transport accessible to even more people.

How can you get involved?

Campaign Action Teams have now been formed on each of the three election issues. If you or someone from your organisation wants to get involved, please contact Kurt Iveson or Sarina Foulstone on 0402 135 255.