Life in Sydney will become a little easier for refugees with today’s announcement that around 8,000 asylum seekers will be able to access transport concessions in NSW. 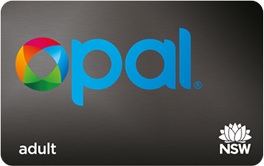 Sydney Alliance Community Organiser Chantelle Ogilvie-Ellis said the move was small step for government, but a big step for inclusion.

“Being able to access transport will help asylum-seekers to participate in Sydney life and reduce the harmful effects of social isolation.

“But not only is this measure a profoundly practical step to improving people’s lives, it also an important symbolic gesture to say that asylum seekers are welcomed and valued in our community.”

Sydney Alliance analysis has shown that this measure will come at no cost to taxpayers, as the cost of discounted fares will be offset by increased patronage. It will also bring NSW into line with the transport concession arrangements for asylum seekers in other states.

“Being able to access transport will help asylum-seekers to participate

in Sydney life and reduce the harmful effects of social isolation."

Ms Oglivie-Ellis said Premier Baird made a commitment to the community on Australia Day that NSW could do more to help asylum seekers.

“It is reassuring to see the State Government taking this step, especially in a climate where, too often, politicians seek to create fear and distrust of refugees.

“We congratulate the Premier on making this decision, and look forward to continuing to work across all sides of politics on a range of social justice issues.”

Ms Ogilvie-Ellis said today's announcement was also a credit to the thousands of members of trade unions, churches, mosques, synagogues, community organisations and schools who actively participated in the campaign.

Other agencies that work directly support to asylum seekers were critical in lobbying for this change in policy.