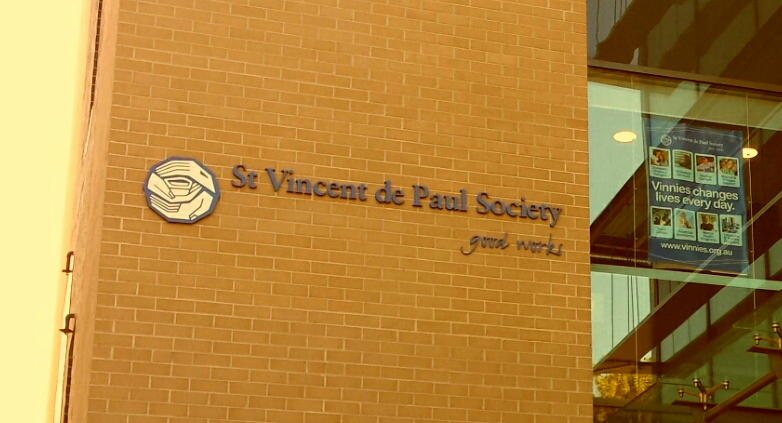 On Thursday 26 February, young asylum seekers and senior executives of the St Vincent de Paul Society came together to begin a new conversation.

This one hour table talk was part of the Sydney Alliance’s current campaign to put people at the centre of political debate about those who come to Australia seeking protection.

Two young men, Yusef* from Afghanistan and Raja* from Sri Lanka, shared their own powerful personal stories of persecution and their hopes for their lives now.

Raja said that reaching Australia was like arriving in “freedom country”. Still, he fears that his application for asylum may be refused and, like other Sri Lankan asylum seekers in recent years, he may be deported to danger.

For Yusef, the most important thing was to realise his father’s dream for his education. Like Raja he lives in fear of refusal and deportation.

Listening to their stories were 13 of Vinnies’ Executive Officers from across the state. They were visibly affected by what they heard.

“The Sydney Alliance table talk was hosted in a personal way that was moving and thought provoking.” said Michael Perusco, the CEO of NSW Vinnies.

“It was very powerful to hear the stories of people who have sought asylum and the journey they have been through. Overwhelmingly the response from all who participated was the strong desire to do more to assist asylum seekers. We will be hosting more table talks in the coming months.”

“It takes a lot of courage for asylum seekers to tell their stories. It also takes courage for organisations to be willing to listen – to cut through the polarised debate that’s out there and to have a conversation that begins with people.”

Over the next three months more asylum seeker table talks are planned in local communities across Sydney.

Organisations (religious organisations, schools, unions, or community organisations) that would like to host an asylum seeker table talk should contact Chantelle at chantelle@sydneyalliance.org.au.

* Not their real names